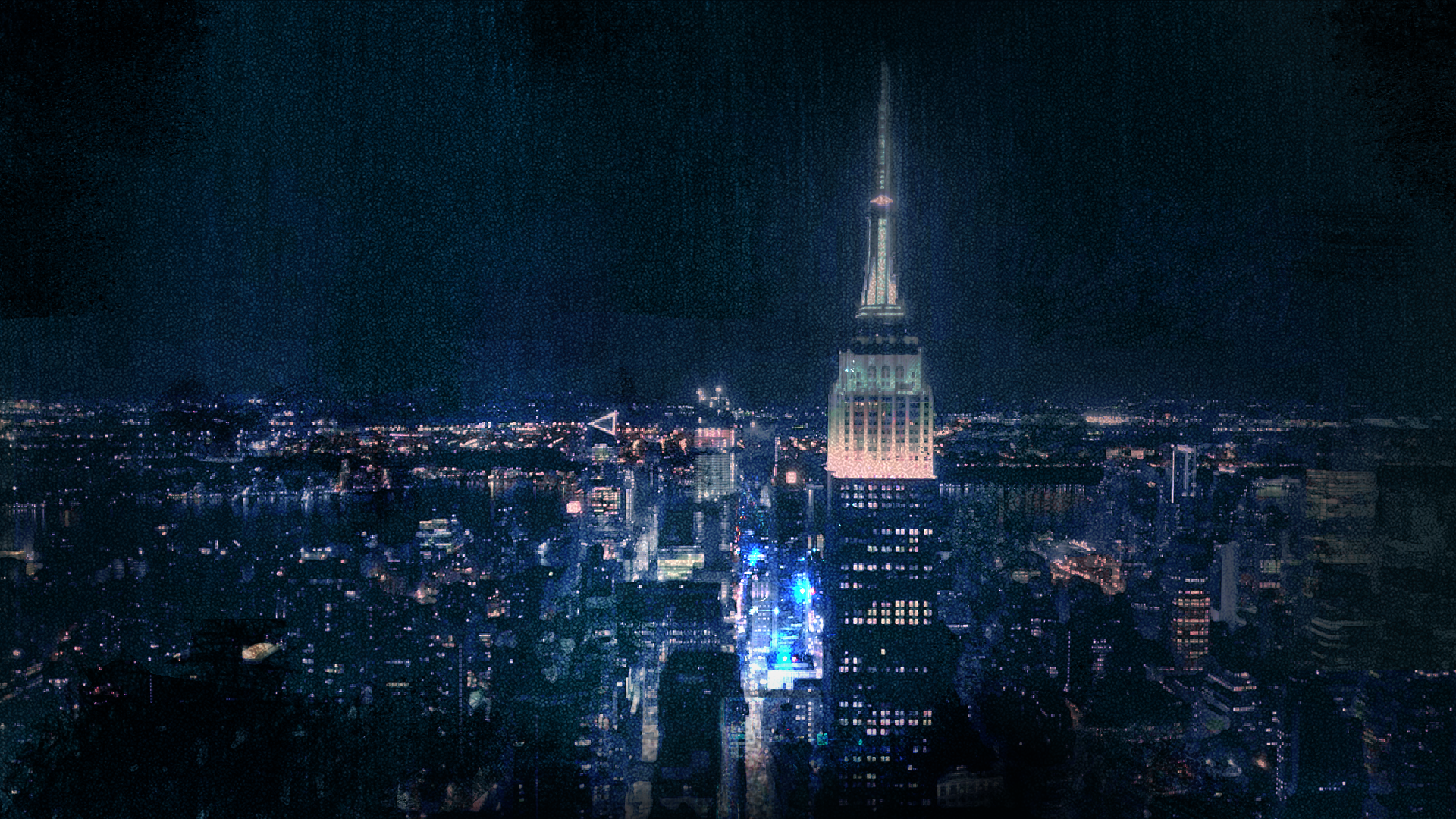 Hello everyone, how are you today?

As you all know, we’re the developer of one of just three video games set in the fully licensed universe of Vampire: The Masquerade 5th Edition. It’s a great honor and privilege for us to stand strong next to Hardsuit Labs (makers of Bloodlines 2) and Big Bad Wolf (creators of only announced VtM title)!

We’re going to launch first out of these great three and it’s already going to happen in Q4 2019 on PC and Nintendo Switch (it’s incredible how fast the time passes!) This means that we’re engaged deep in development and executing milestone after milestone according to our road map

By the way, you can add Coteries of New York to your wishlist on Steam here: https://bit.ly/2WoONdm

In this update we’d love to share with you many information regarding the design principles and goals, as well as the gameplay itself, including the most important mechanics and a lot about story!

Next to the data, we’re happy to show you four pre-alpha screenshots. Please share your feedback with us, as questions and share if you’re attracted by our upcoming title! 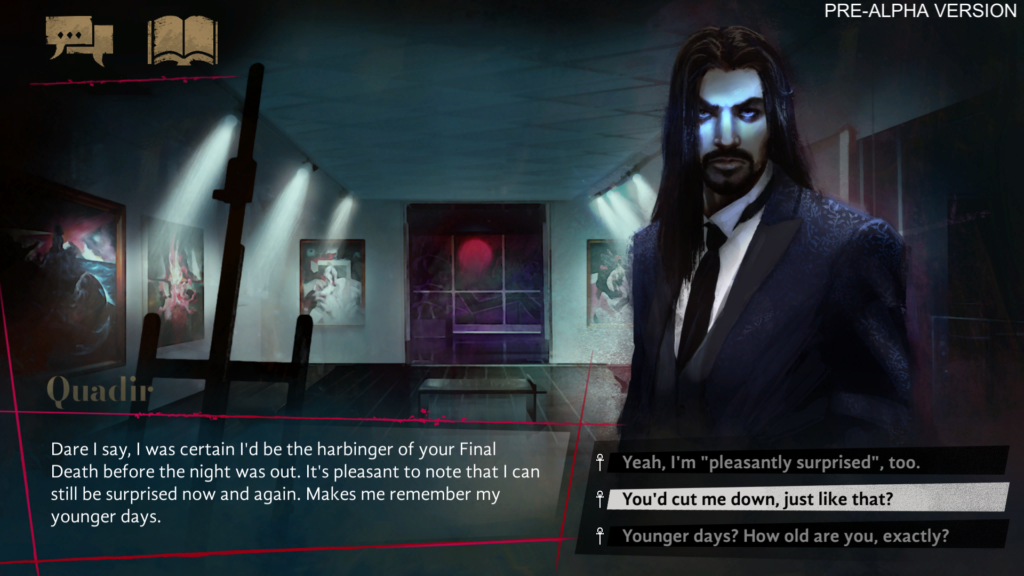 All right, let’s go with the info:
⦁ Vampire: The Masquerade – Coteries of New York presents the conflict between two vampiric factions: the traditionalist Camarilla and the fiercely independent Anarchs in New York.
⦁ It’s a unique, atmospheric, single-player narrative experience, set in the rich, fully-licensed, globally-recognized universe of Vampire: The Masquerade 5th Edition.
⦁ Coteries of New York present players with choices that matter, aiming to deliver a dark, atmospheric, and emotional narration mixed with morally challenging dilemmas, and many potential paths leading to the story’s finale. 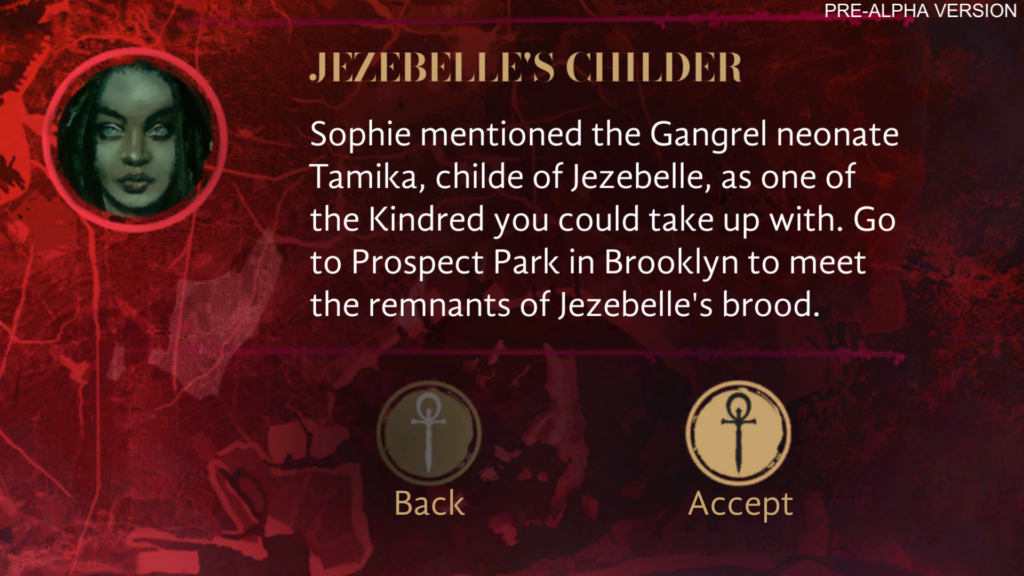 ⦁ We plan to include significant branching and reactivity, so that the players feel their decisions influence the world around them and encourage multiple playthroughs for those invested in the world and story of Coteries of New York.
⦁ You are a newly-fledged vampire in New York. You must learn what it means to be one of the Kindred in a huge, vibrant, contemporary metropolis.
⦁ You will make choices for your character, including which storylines to pursue and how to approach the different situations presented. You will be presented with branching dialogue choices, memorable characters – all among iconic locales of New York City. You’ll be able to use Disciplines appropriate to your clan to charm, sneak, intimidate or kill, and your choices will determine your path.
⦁ You’ll build your Coterie and learn your undead companions’ deepest secrets… or see them abandon you. 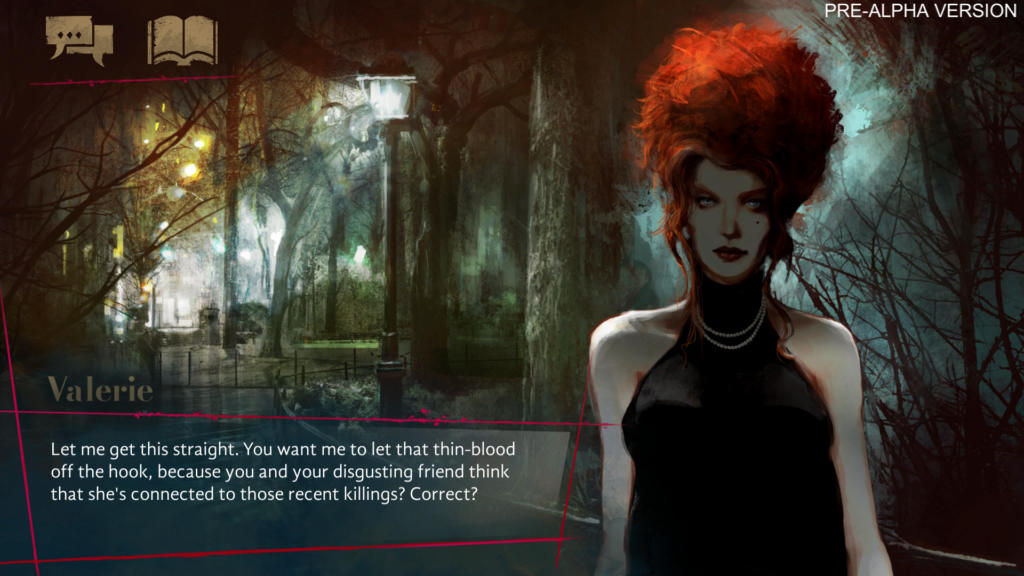 ⦁ Although you start off as part of the authoritarian vampire sect called the Camarilla, you soon learn that other factions exist – chief among them, the independent Anarchs. Your paths will inevitably cross theirs, but whether you choose to shun them, or try to learn more about what they represent, will be your decision.
⦁ While the game is primarily text-driven and story oriented, several mechanics reflect the dark truths of being one of the Kindred.
⦁ Hunger is used to indicate the constant need for blood that vampires must deal with nightly. Characters have the opportunity to hunt for blood during quests. Ignoring this need leads to warnings in the game’s fiction, and if disregarded for too long, to consequences that include succumbing to the Beast
⦁ Humanity is a measure of how moral and rooted in humanistic principles the character is. This rating is used by the game to modify the results of choices in quests, offer additional story choices, or even lock certain choices out.
⦁ Finally, the Masquerade rating tracks how well the character blends in with mortal society. Staying inconspicuous and hidden from prying eyes is even more important for vampires than ever, due to the existence of the so-called Second Inquisition, a clandestine hunt for vampires concealed within global government agencies. Secrecy and not flaunting your supernatural powers in the sight of mortals is of utmost importance. 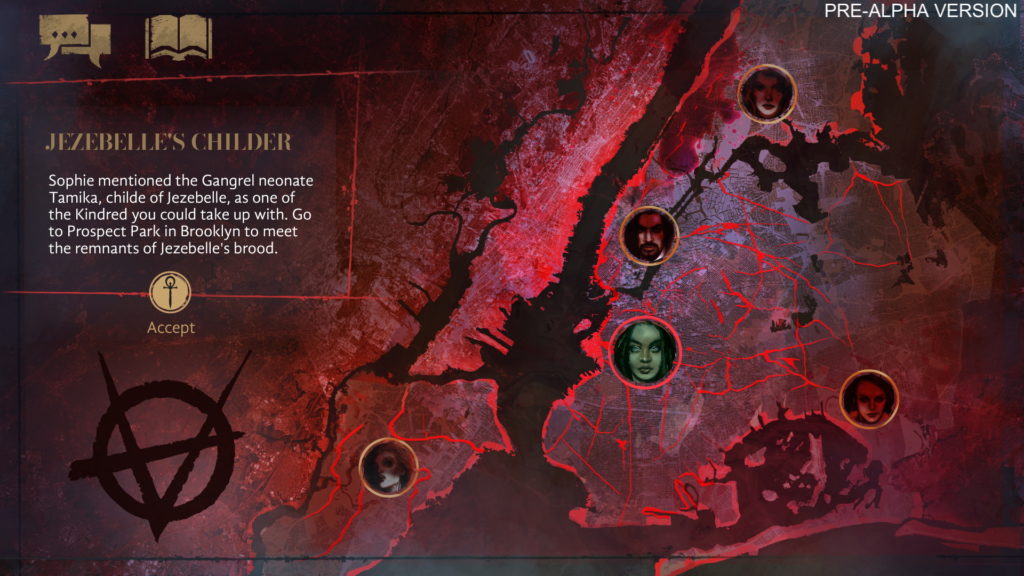 That’s all the information we’ve prepared for today. In the upcoming blog posts we will unveil more about the characters, Clans, Disciplines and different types of quests!

Thanks!
Vampire: The Masquerade – Coteries of New York development team