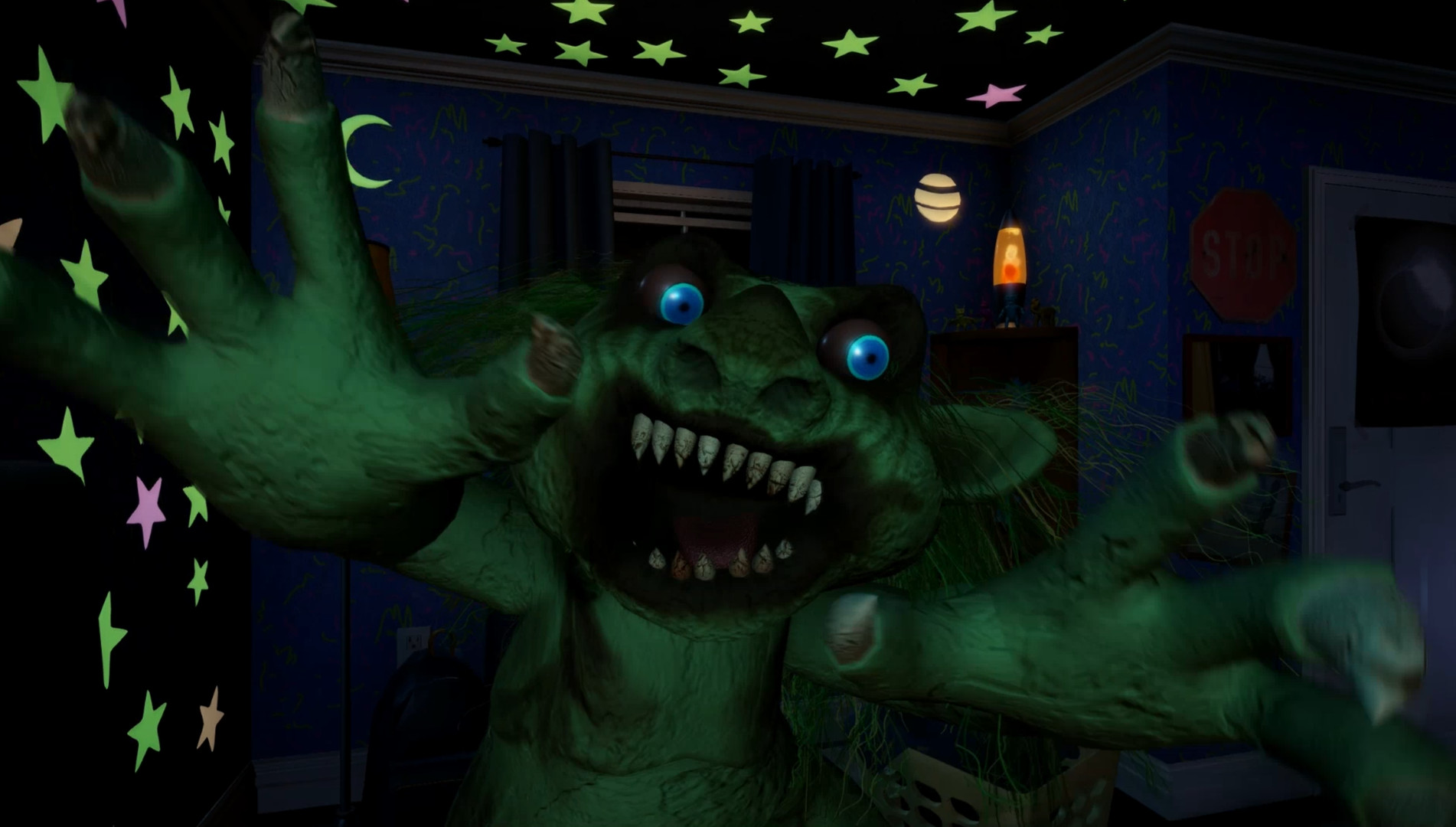 In Midnight Evil, you play as a child who is awoken one night by mysterious sounds coming from the attic. You bravely explore the sound and stumble into a book; but this is no ordinary book. As soon as you start to read, you invite ancient evil into your bedroom and much more! 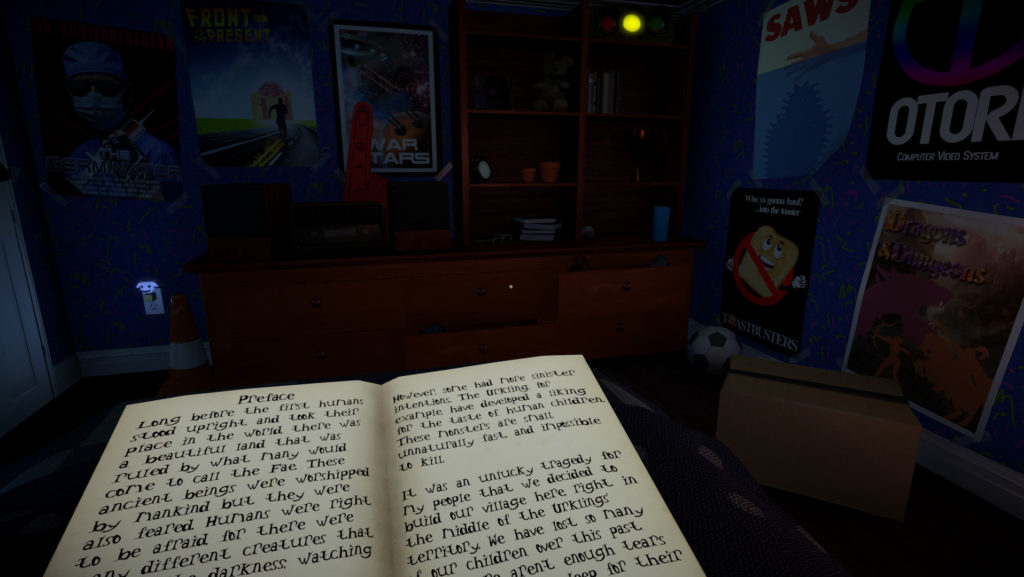 Each level is a chapter of the book, and you progress the game by having your character read the story. To read the story, you must look down at the book which will then trigger the fully voice acted story to start playing. As each sentence is read to you, it will highlight purple to track your progress. Midnight Evil also features a unique game console, the Otori; which has applications and games which can be unlocked. This serves as a place to track your progress for total game completion as well as dive a bit deeper into the lore of the story.

Story telling is a craft all by itself. When creating a video game, story is not always necessary, but I knew for Midnight Evil, that I wanted it to be dependent on a good, unique story. The problem with stories in video games is that the vessel in which they are delivered can be extremely hard to convey to a massive audience. I struggled for weeks figuring out how I wanted to tell the story of Midnight Evil.

It was a really fun, creative collaboration to figure out exactly how to go about doing this. Midnight Evil is a game about a story, where there is a story in the games story. So, it’s kind of like Game-Ception or Story-Ception; for all you Inception fans.

In the early stages of developing the story, I had some bullet points, but I’ll be honest I don’t consider myself a strong creative writer by any means, and so I teamed up with Crystal Wood, who really knocked it out of the park. I basically told her the general gist of the story, explained to her the working mechanics of how the game reads to you and told her I wanted it to be family friendly, and she was off and running! It was an amazing design experience. 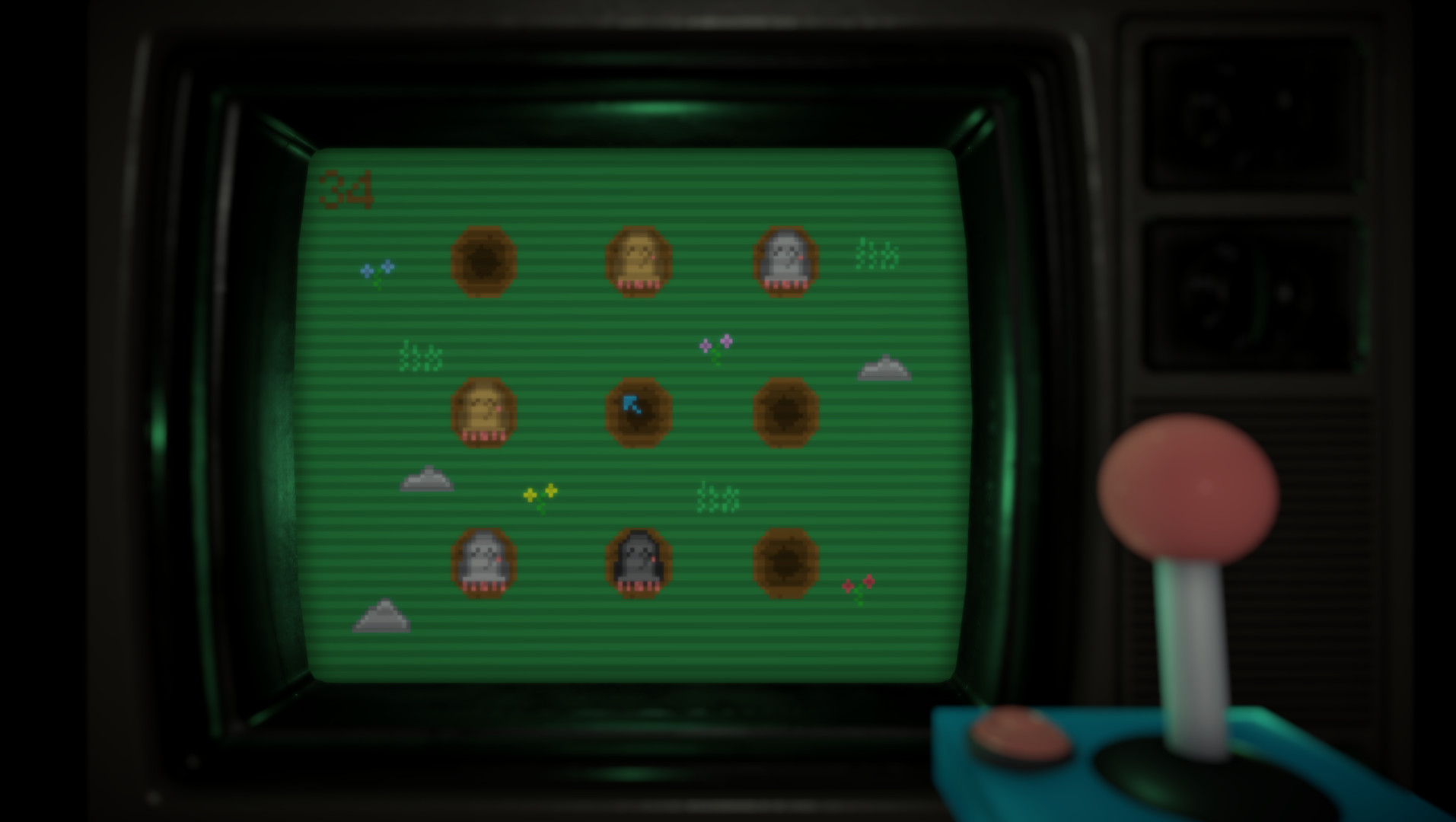