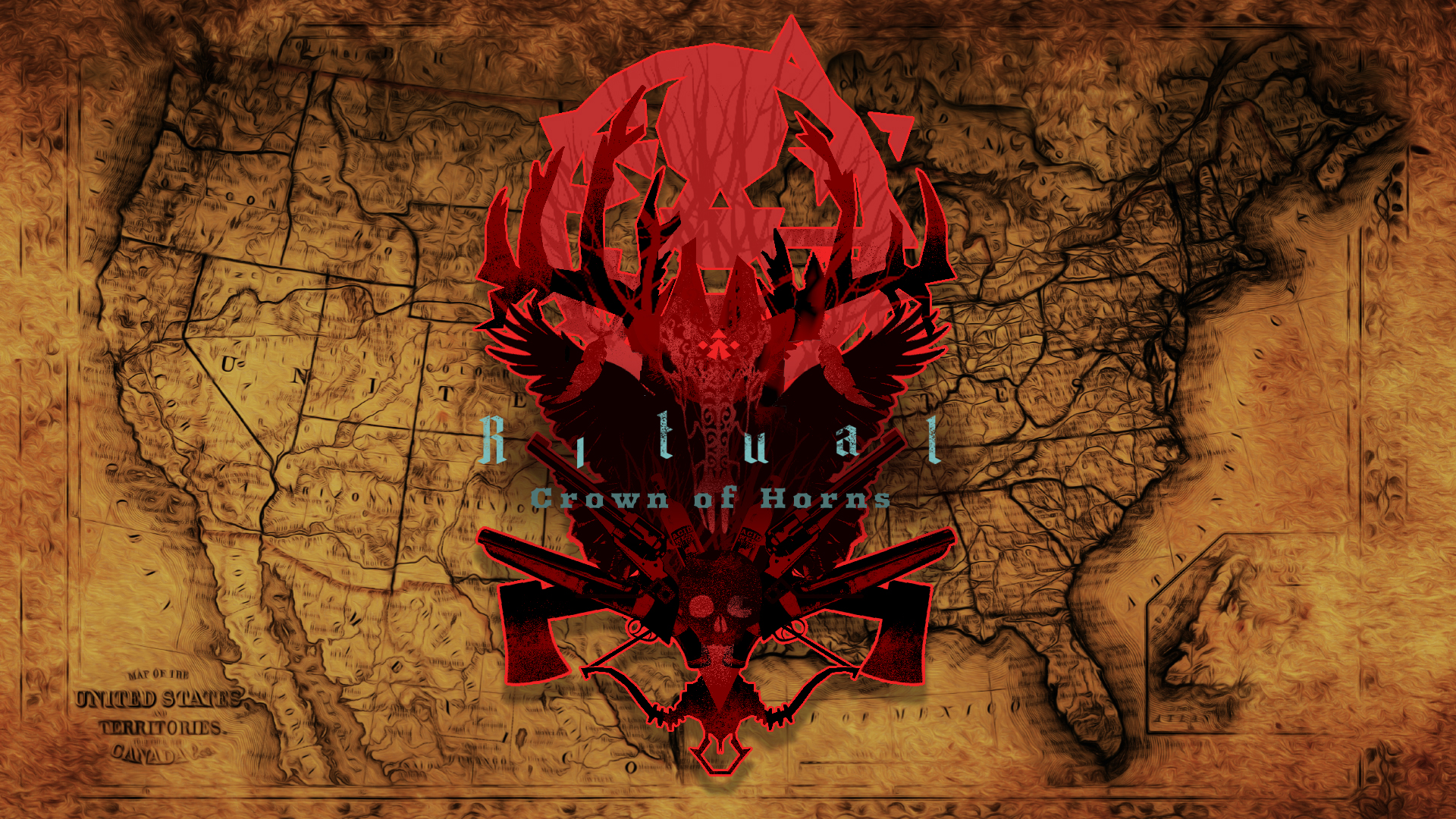 One of the biggest improvements we’ve made to Ritual: Crown of Horns since Early Access is being able to plan your progression based on a wider world map.

In early access, after finishing the prologue, the player received access to five chapters, each consisting of three stages. It was possible to choose a chapter freely, and ending each stage of a given chapter unlocked the next stage within. Without information to inform their choices, the players tended to progress in a clueless way, picking locations haphazardly. In full version of the game, we set out to make player feel more engaged, as if he’s taking a one big journey instead of randomly jumping between unrelated fragments of the game. 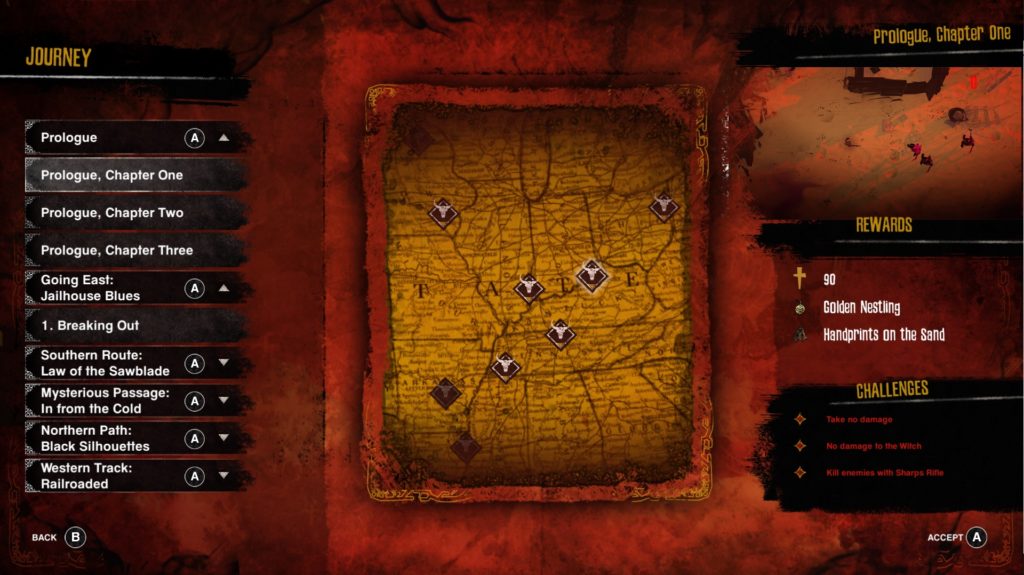 One of the core problems was that we placed too many different things within our level selection screen: story mode content, challenge mode content, lists of rewards for passing each stage, all connected to a small, rather useless window displaying a map and stage icons. Based on this sheer volume of (often unclear) information, new players found it difficult to plan their stage progression with a strategy in mind.

Because of that, we had to go back to the beginning and try to design it all a little differently.

We started by separating the story mode and the challenge mode. Now, if the player wants to progress through the main campaign, he must interact with the stagecoach in the hub… 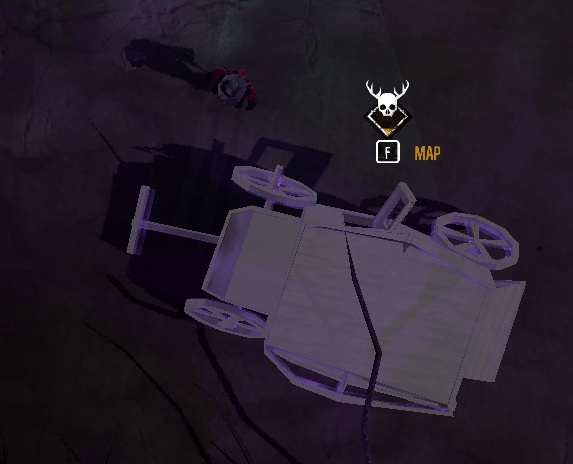 …and when he wants to start completing challenges he has to talk to Trickstress (more on this topic in our previous post): 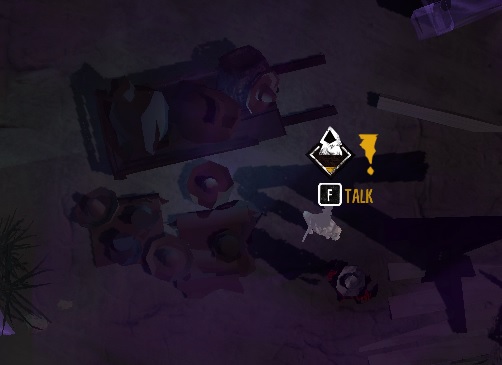 In both cases, he is greeted with this screen: 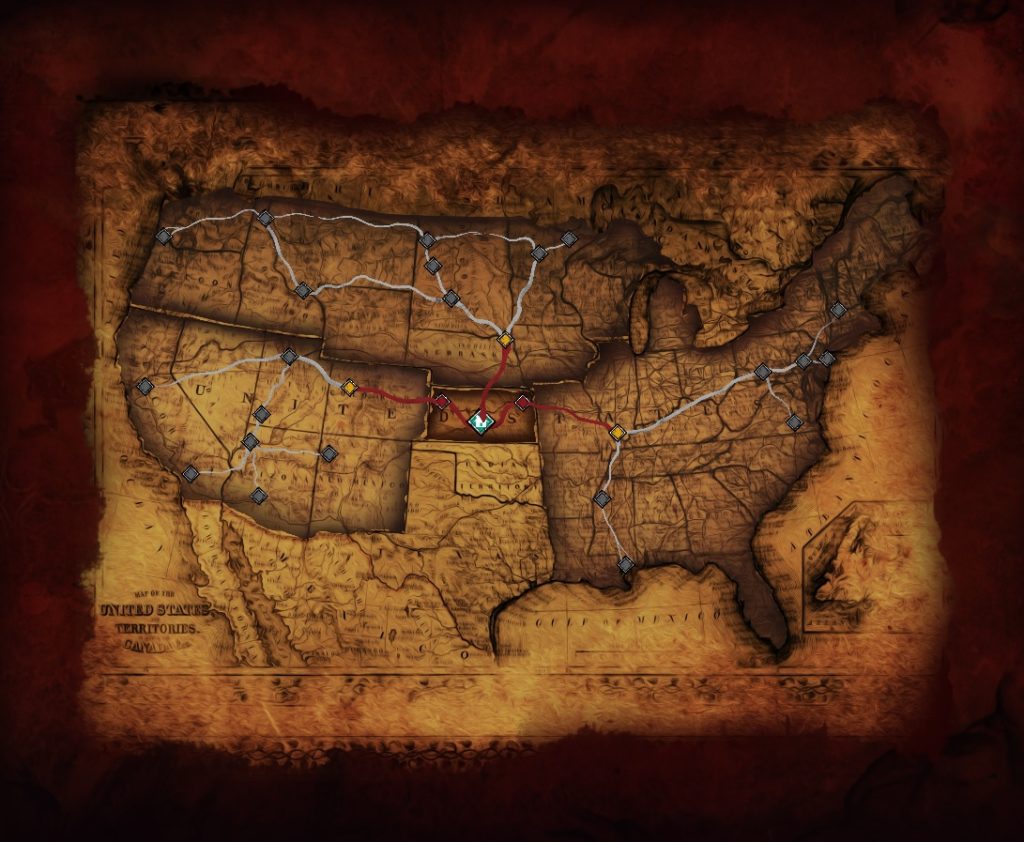 Now the stage selection is done directly on the map of the United States which is divided into four main parts.

Our hub and prologue maps are located in central Kansas. After passing the prologue, the remaining regions are unlocked and the player is faced with an important decision: he has to determine which way he wants to head first. 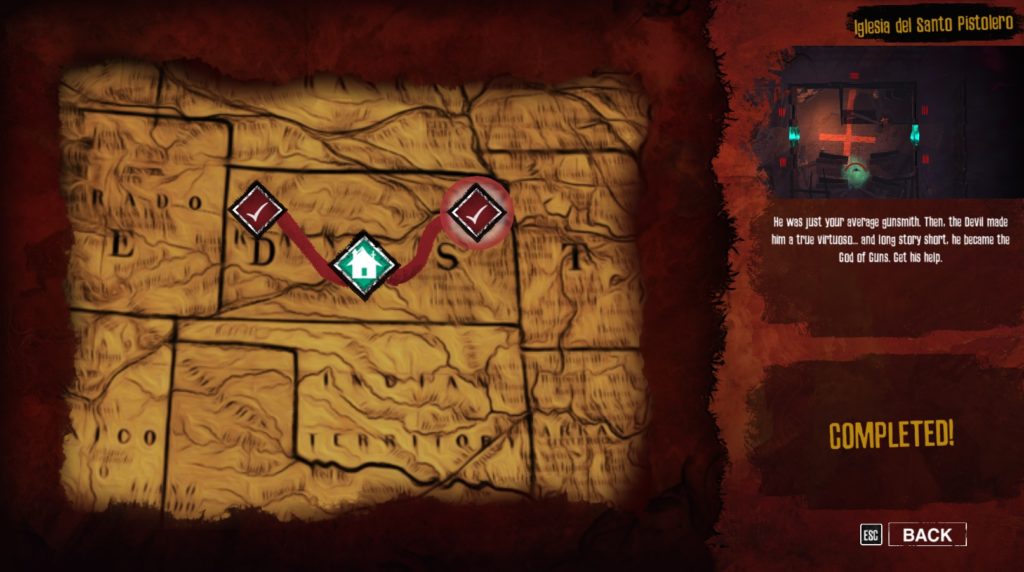 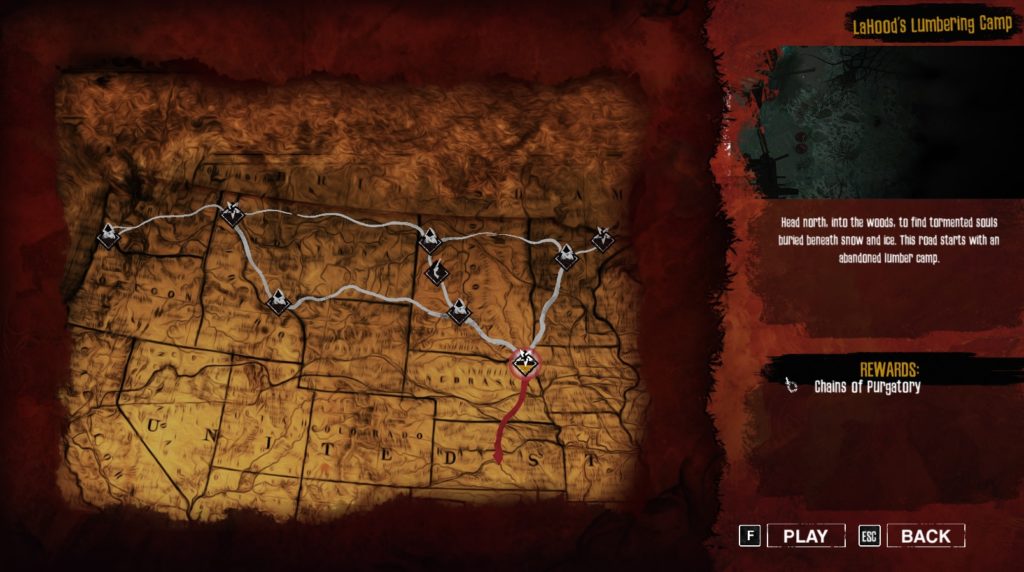 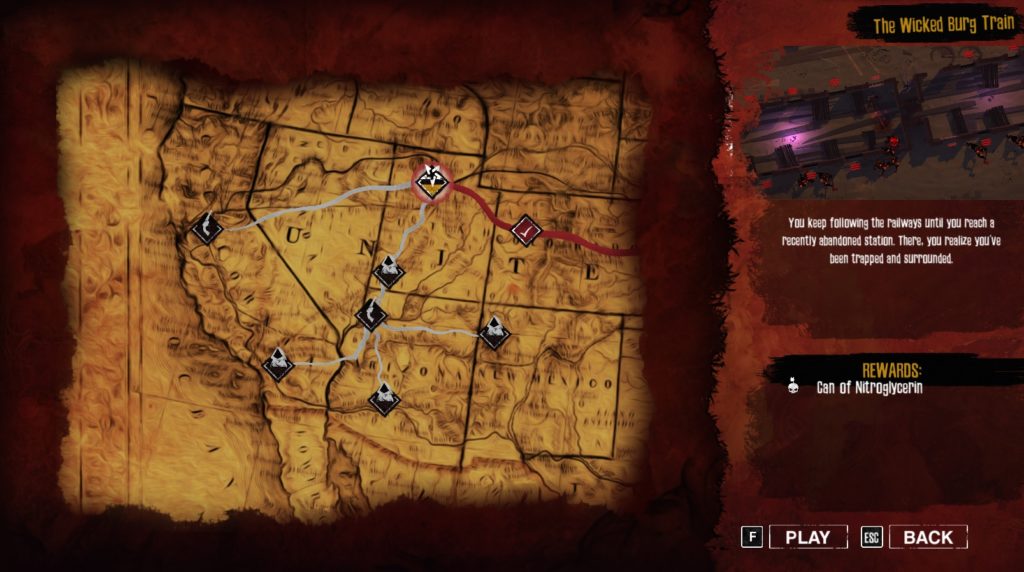 The players make their choices based on a few different pieces of information: they may be intrigued by a mission description or tempted by information about a specific reward for completing a specific stage. We streamlined the selection process by ensuring that each mission is marked with an instantly legible reward type symbol.

Finishing a stage unlocks new paths, new prizes and new story fragments, but it also faces the player with new decisions. Do I want to go deeper into this area? If so, which way exactly? Or maybe I should try my luck in a completely different location instead? Our overarching goal was to make full use of the game map and send the player on a journey based in a set of non-linear, meaningful choices.