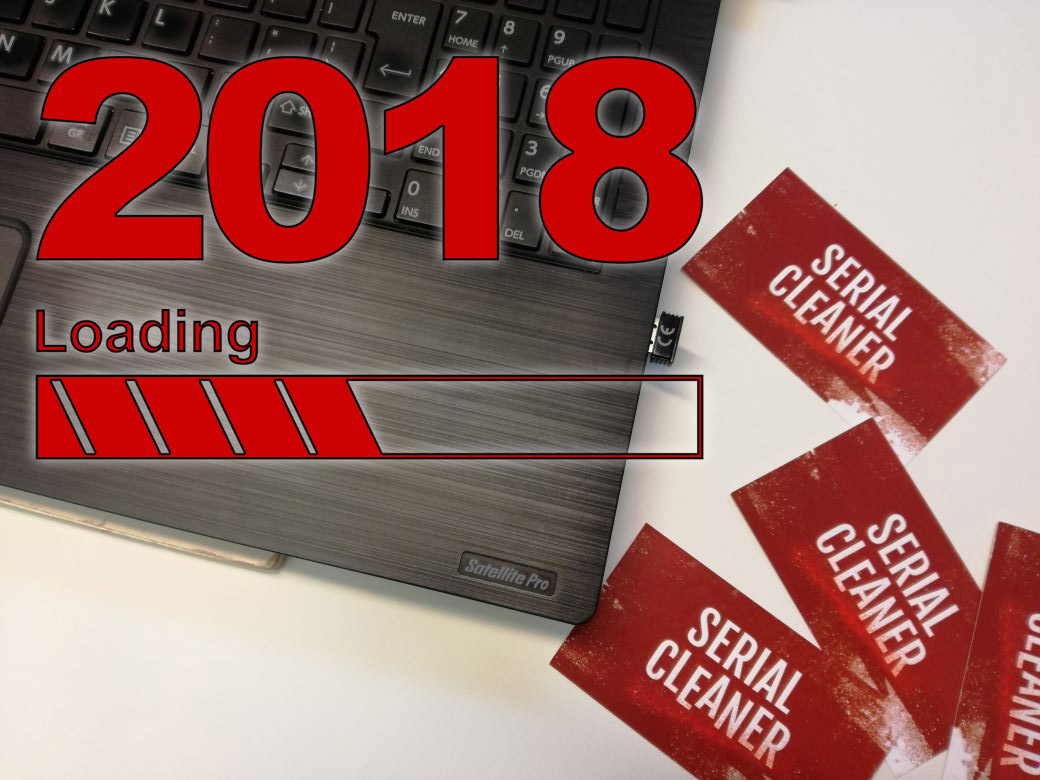 Being a (pure evil) business developer #9: 2018 from my perspective

As 2018 is coming to an end, it’s time to try to sum it up. Yes, it’s obvious and cliched and probably boring, because everyone is doing exactly the same in December and again, we have a chance to learn Top 10 roguelikes and a list of 1000 Best Games Ever, which looks exactly the same as it looked last year, with this exception that RDR 2 got the place of any other game…
Still, it was indeed a truly exceptional year for at least couple of reasons. 2018 was definitely very important for our company – we’ve made some key steps in the development of iFun4all and the most important are launching a Mixer-exclusive game in direct cooperation with Microsoft and expanded into China with Serial Cleaner on iOS with the help of East2West. We’re also making a steady progress when it comes to developing our original IPs – Ritual and Far Peak and we managed to strengthen our team with very talented individuals – Alicja, Igor and Kamil. We’re also working hard to deliver a Kickstarter campaign (first one in the history of our company) of a Halls of Horror board game (again, we’ve never made a board game before!) We have all the reasons to believe that 2019 will be a great year for us and I personally can’t wait for all these projects to happen 🙂
Of course, the world had some other issues to attend and I’ll try to enumerate some of the most important things and discussions among business developers, which happened in 2018 and will definitely have consequences in 2019 and beyond:

1. Everybody hates Steam (except Valve. And players…)
So Steam has turned into a pile of garbage and Valve doesn’t care. Their decisions are only making indie developers angry and market understands that. But players don’t care, because they have all the sales and promotions in the world and literally paying dimes for awesome titles, seriously appreciated by critics. Hence many developers are looking for ways to avoid Steam and many companies launched / are launching / will launch soon their own digital stores, offering much better terms and conditions, especially when it comes to revenue share. This is probably the most important thing that happened in 2018 from our perspective and we might see the end of Steam monopoly soon, thanks to this loose coalition of stores trying to oppose the giant. And when WeGame expands outside China… Well, things will be interesting, that’s for sure…

2. Streaming platforms on the rise
As the role of influencers in video games marketing is getting more and more important, streaming platforms are becoming stronger and stronger and it’s no surprise that some industry giants, such as Google, announced that they want to get themselves involved into this particular area of industry. We can definitely expect new Netflixes for gamers to appear, influencers’ rates to grow and more games designed with streaming in mind to launch. Business-wise, it’s a very important direction and we shouldn’t forget about it.

3. Let’s start thinking about the new generation
We all know that the amazing career of PS4 and Xbox One is slowly coming to an end. 4K and HDR have become an industry standard and a new generation of consoles is an obvious next step in the never-ending armament race between Sony and Microsoft. We all know that new devices will be powerful, but question remains – how much will both giants take from the third one – Nintendo and Switch in terms of available features. We’ll find out soon.

4. Microsoft and their new philosophy
There’s this feeling in the industry that Sony has abandoned indie developers. They focus on their 1st parties, invest heavily into VR and care only about AAA 3rd parties, as they make consoles sell. That’s an efficient policy and successful too, no doubt about that. But from the indie point of view this policy leaves only one major partner we can currently count on – Microsoft (Nintendo is too much of a snob to be treated like a real partner). Major investments in purchasing star indie studios, great potential of Game Pass, ID @ Xbox growing constantly, meetings, presentations, indie-dedicated support programs and great communication and courage in searching for new ways to generate revenues (Mixer, AR) – these are the pillars of business activity that make Microsoft definite number one when it comes to supporting indies. I do believe that, if implemented consistently, such philosophy will bring great things to a lot of indie developers.

5. What’s going on in China?
Last but definitely not least – China. The approach of Chinese authorities to games as a whole is bad. The reorganization of censorship system was supposed to take three months and now no one knows when all of this will end. At the same time dozens of companies including Tencent lose millions because of the mess, the same Tencent prepares to launch WeGame worldwide and Valve announces that Steam will be legally available in China (and that’s a blast, considering that more than 64% of Steam users set Chinese as their language on the platform). Chinese players buy incredible amount of Apple devices to avoid censorship as much as possible and connect with Japanese eShop via VPN to play Switch games and Chinese investors, well, they invest heavily all around the world and purchase studios, shares and set up publishing offices in Europe and the US. The development of situation in China will be crucial for the whole industry and we can never allow ourselves to lose China from sight…
As you can see, 2018 was much more important than we might’ve imagined and these are truly curious times. I’m certain that results of these situations and issues will be of key importance for the directions our industry will take in the upcoming years.
For now, I wish you all a merry Christmas and a wonderful 2019 🙂 And to motivate you to push forward, I’d like to share a completely pointless motivational quote by Walt Disney: “The way get started is to quit talking and begin doing.” Amazing, isn’t it?

All the best to you,
Jacek