Krzysztof continues his retelling of developing the Halls of Horror board game. Join us for a discussion of the interplay between designing board games and video games, and a look into the inspirations behind some of the game’s systems.

Last time, I covered two crucial changes that were made from the video game version to the board game adaptation of Halls of Horror: the position of characters being always visible, and the Search mechanic being completely different. Let’s focus on the latter for a moment longer.

Searching is at the core of the game – thanks to it you can gear up and prepare for confronting other players. But there are often risks involved – not the least of which is being stuck at a location for a few turns and not being able to find anything. This is something that might happen with particularly unlucky dice rolls, and it was one of the reasons why I switched to a card-driven Searching process. A deck of cards is finite, after all, and as such is a much more predictable randomness generator than dice. I didn’t want the players to feel annoyed when Searching, the goal was for it to be exciting – and drawing cards to see what they hold is inherently exciting when you know what you’re looking for.

Of course, even this level of randomness can sometimes feel unfair or just be particularly malicious at a given moment, which sometimes works to create further tension, but can be frustrating. That’s when the idea of introducing a resource called Resolve came to mind… but let’s quickly jump over to Combat, first.

Whenever two character start their turns in the same space, they need to pick an Attack or Escape card instead of a regular movement or Search card. Initially, there were three Combat Action cards, as there are three possible moves in the video game. Grabbing enemies was introduced as part of a mind-games dynamic, that makes it a good idea to Grab an enemy to foil their plans to Escape, but isn’t nearly as good if used against somebody’s Attack. In the digital version of Halls of Horror, it’s often an interesting puzzle to figure out what the other players will want to do, but it didn’t quite work as well in the board game version. Due to some much-needed rebalancing of weapons, and the combat system working entirely differently than in the original, nobody ever used the Grab action. Instead of trying to rebalance the three actions to maintain parity with the digital version, I decided to just get rid of the move altogether. Folding it into the Attack card under certain circumstances means that Grabbing an enemy is still an option, but it doesn’t require a separate, seldom used card. A good choice, I think.

While the combat in the digital game is covered by a system similar to how some pencil-and-paper RPGs resolve it (with inspiration from percentile systems such as Warhammer and Call of Cthulhu), trying it out in the board game proved to be too slow and unwieldy. Modifiers to dice rolls were easy to forget, and it had the effect of a vastly better equipped character being likely to fail due to a poor die roll against an unarmed opponent. I shifted focus a bit, and – while still keeping to an RPG-inspired mechanic – decided that a pool of dice would be preferable to a single die.

Halls of Horror uses four six-sided dice that players roll to see how many successes they get. Depending on the action, the success is either a result of 5-6 or 4-6. In any given roll, the player might get between 0 and 4 successes, and the player who gets most of them uses their card’s effect – which can differ, depending on whether it’s used against an Attack or Escape card. This was a direct inspiration from the classic Fury of Dracula, but has been simplified for the needs of Halls of Horror.

Why use dice for combat after all that talk of how exchanging dice for cards worked better for Searching? Well, simply put, when designing a game you have to aim for the best feel. In more modern strategy games, dice are often gone, replaced by a brainy system that really makes you think about every decision – not really the kind of atmosphere you want from a slasher-inspired horror board game! For visceral, exciting – and yes, sometimes a bit unfair! – combat, dice are usually the best way to go, and I really feel like it was the right decision here as well.

Let’s get back to that Resolve mechanic I mentioned before. I introduced this resource to the game to give players a chance to modify their luck in both Searching and Combat. Used while Searching, Resolve lets you draw additional cards and discard one unwanted card. In Combat, it allows you to re-roll dice that didn’t come up as a success. While many games use a similar system, the biggest inspiration here was how the RPG Savage Worlds uses Bennies – tokens the players can spend to re-roll dice in hopes of better results. How do you get Resolve? Well, you start with some, and you receive it as a consolation prize if a Search doesn’t grant you any reward… but you also gather them when you get damaged. This introduces another aspect to this dynamic that I really like – that players who are not doing well get something in return to help them get back at the game.

And, funnily enough, once I introduced Resolve into the board game, I felt like it’s missing from the video game, and that the digital version could benefit from a similar system. In one of the final big additions to the online Halls of Horror experience, we’ve introduced a hidden system that would modify the odds in the players’ favour if they were not doing too well. This under-the-hood mechanic helped balance the experience and make it feel more fair.

Next time, I’d like to cover the Killer and the MC and the development of the systems governing them. Thanks for reading these columns, and I’ll see you then. 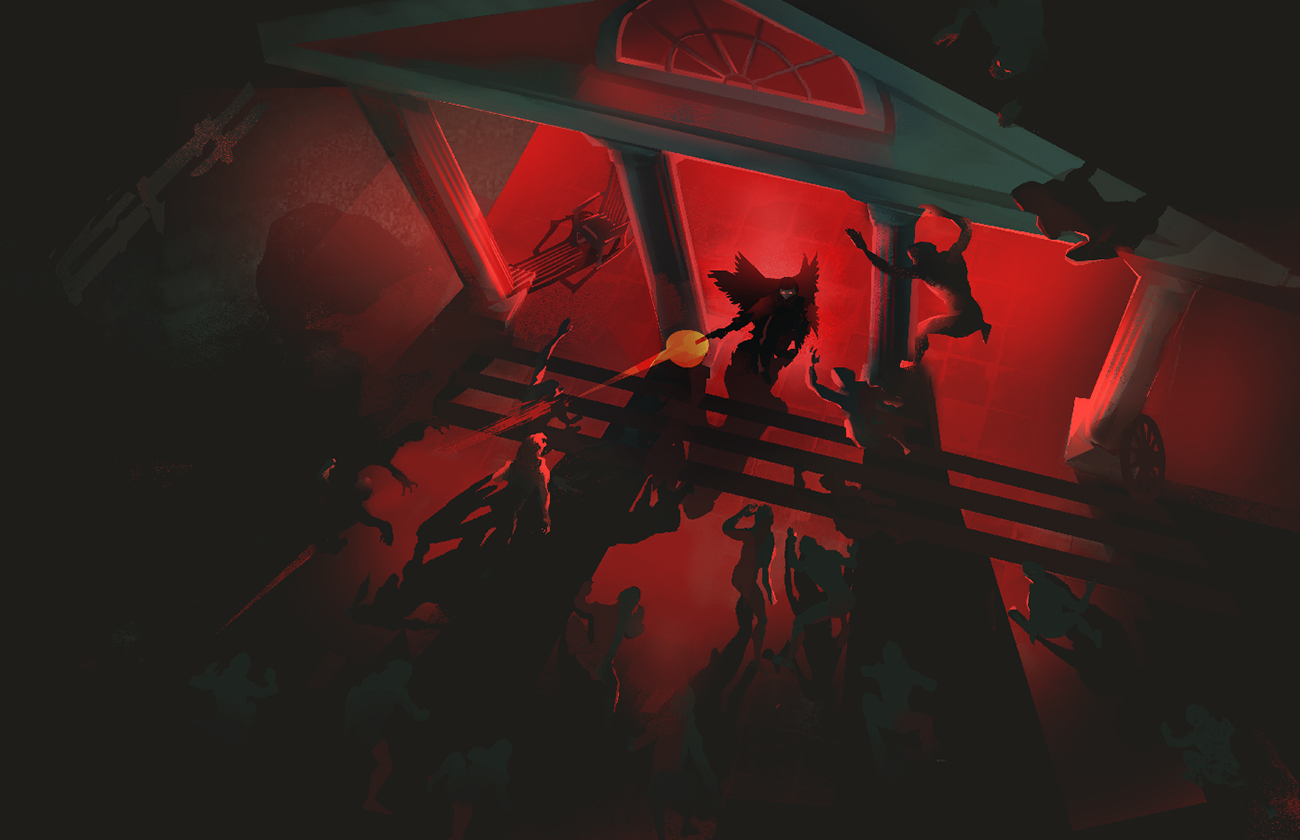