by DrawDistance
Vampire The Masquerade

Kris here with some more musings on writing and developing Vampire: The Masquerade – Coteries of New York. Last time, I shed some light on how we approach adapting existing, and creating new characters for our game. Today I’d like to talk more about what we hope to be a character onto their own – New York City, the backdrop for our story.

It’s easy to trick yourself into thinking that setting a story in The Big Apple can’t be that difficult. After all, there’s so much material out there – Hollywood movies, comic books (Hollywood comic book movies, anyone?), video games, too – which take place there. We are all so familiar with the Manhattan skyline, the yellow cabs, the Statue of Liberty and other landmarks, that it almost feels like New York is the ur-metropolis of pop culture.

As ever, the truth is much more layered and complicated than the snippets we have internalized make it out to be. New York is a city like any other, in the sense that it has much more going on than it may seem if you’re just visiting, or even doing research on a particular topic. Only with the City that Never Sleeps, that’s turned up to eleven. How could it not be, when its population is over 8 million people? When its total area is – depending on whether you count just the land, or the water area, too – between 780 and 1200 square kilometers? It’s estimated the number of languages spoken there is close to 800, and it goes without saying that it’s one of the most globally significant cities in the world. In other words, it’s a complex metropolis. No single piece of entertainment can hope to cover its entirety.

That’s why we are not trying to do it, either.

Like I mentioned last time, the World of Darkness is not our world. The shadows are darker, the lights dimmer, the people presented through a lens that puts both their vices and their virtues in sharp focus. But, on the other hand, the World of Darkness takes the familiar as a jumping off point, and while it puts a unique spin on it, it also engages with the issues and realities that lie at the core of our modern world. In Coteries of New York, we have to do the same. Verisimilitude – the believability of the setting we create – is important, but it’s not a goal in itself.

The story we’re crafting has a particular focus, concrete characters which drive it, and events that might be happening in New York City, but have to be relatable and understandable no matter your background. At the same time, we’re doing our best to make sure that certain details will have even native New Yorkers nodding with recognition. Using our format of gameplay, and with our goals in mind, we are not able to represent the city as it really is, but we can – and we do – try to give you snapshots of it that will feel authentic.

All that said, New York has a place in Vampire: The Masquerade lore that we had to consider while writing our story. The sourcebook I mentioned in the last article, New York by Night covers many details and seeds some very juicy conflicts and intrigues – but it has been almost 20 years since that book was published. Some of those struggles have been resolved (Hellene Panhard became Prince, though there was no shortage of other would-be rulers; the Camarilla has triumphed over their foes and the conflict has shifted to dealing with the Anarch Movement), others remain shrouded in mystery, while new issues and conspiracies arise – some of them quite recent. Back in New York by Night, the city was portrayed as a place where the power structure is not cemented, and where young Kindred have a chance to influence the status quo. While not entirely true anymore, something is definitely stirring yet again. As the world moves forward, vampires have to adapt like any mortal… or fold under the weight of these new challenges and pay the price of failure.

As you can guess, it’s not an easy task to juggle the rich and long-running lore of Vampire: The Masquerade and try to present an iconic city in a believable light at the same time – doubly so if you come from another country half a world away. We have to believe, however, that the research we’re constantly undertaking, the many questions we managed to ask the residents of NYC, and yes, a little bit of the aforementioned familiarity with how the city has been portrayed by different media over the years, will together form a solid foundation for telling our stories.

We hope that all of you who play Coteries of New York will see and appreciate the work that went into making our setting believable and authentic, even if it’s not “the real deal”.

This is the World of Darkness, after all.

At the end of this article we wanted to share a great news with you dear readers.

Vampire: The Masquerade – Coteries of New York has been nominated for Game Connection People’s Choice Awards 🏆and for that we need your help!

💥To help us all you need to do is:
👉Go to the link below and click ‘Like’ under our game entry. Let the Vampire: The Masquerade – Coteries of New York be known!!

do not miss news about the game 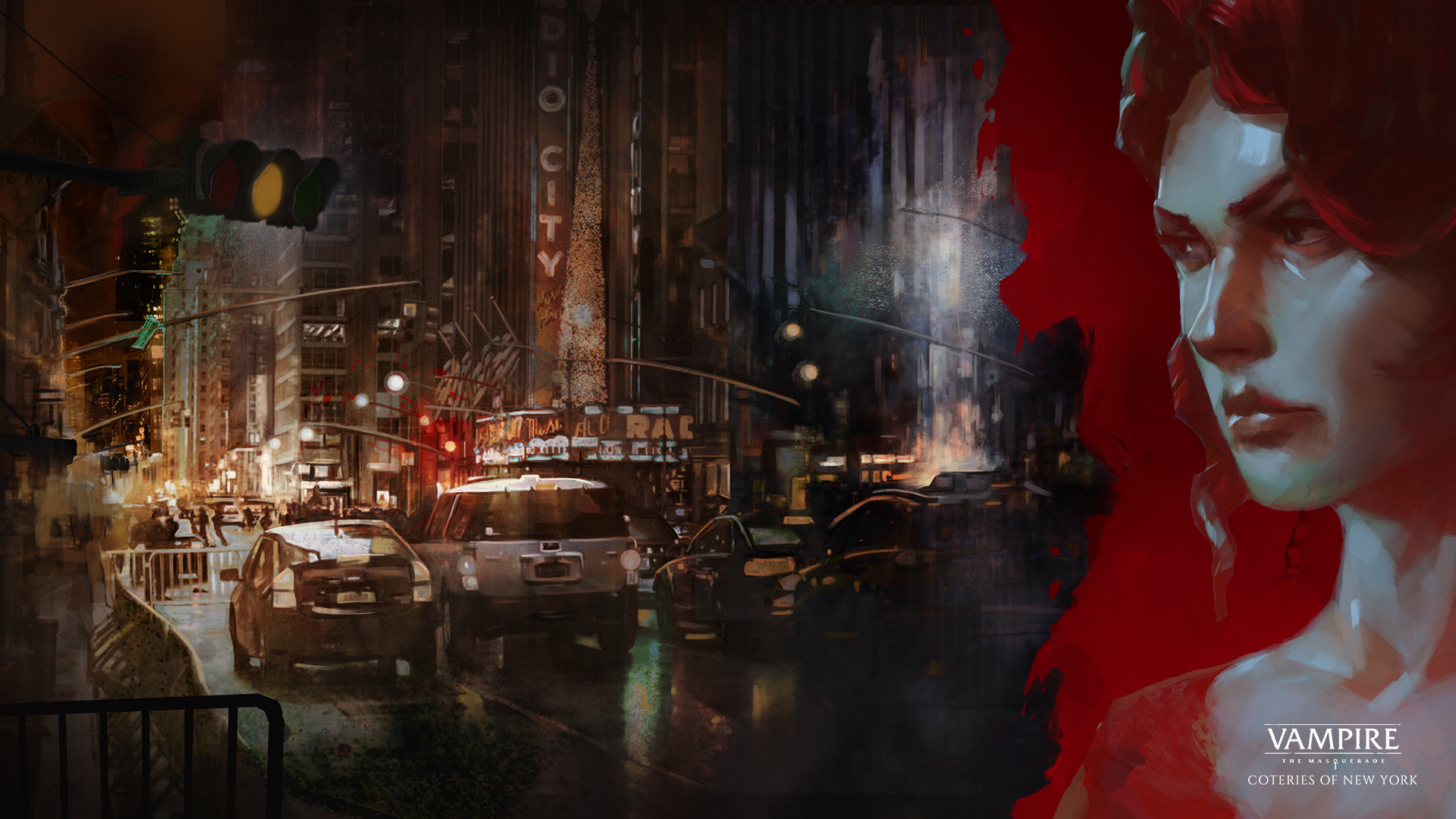 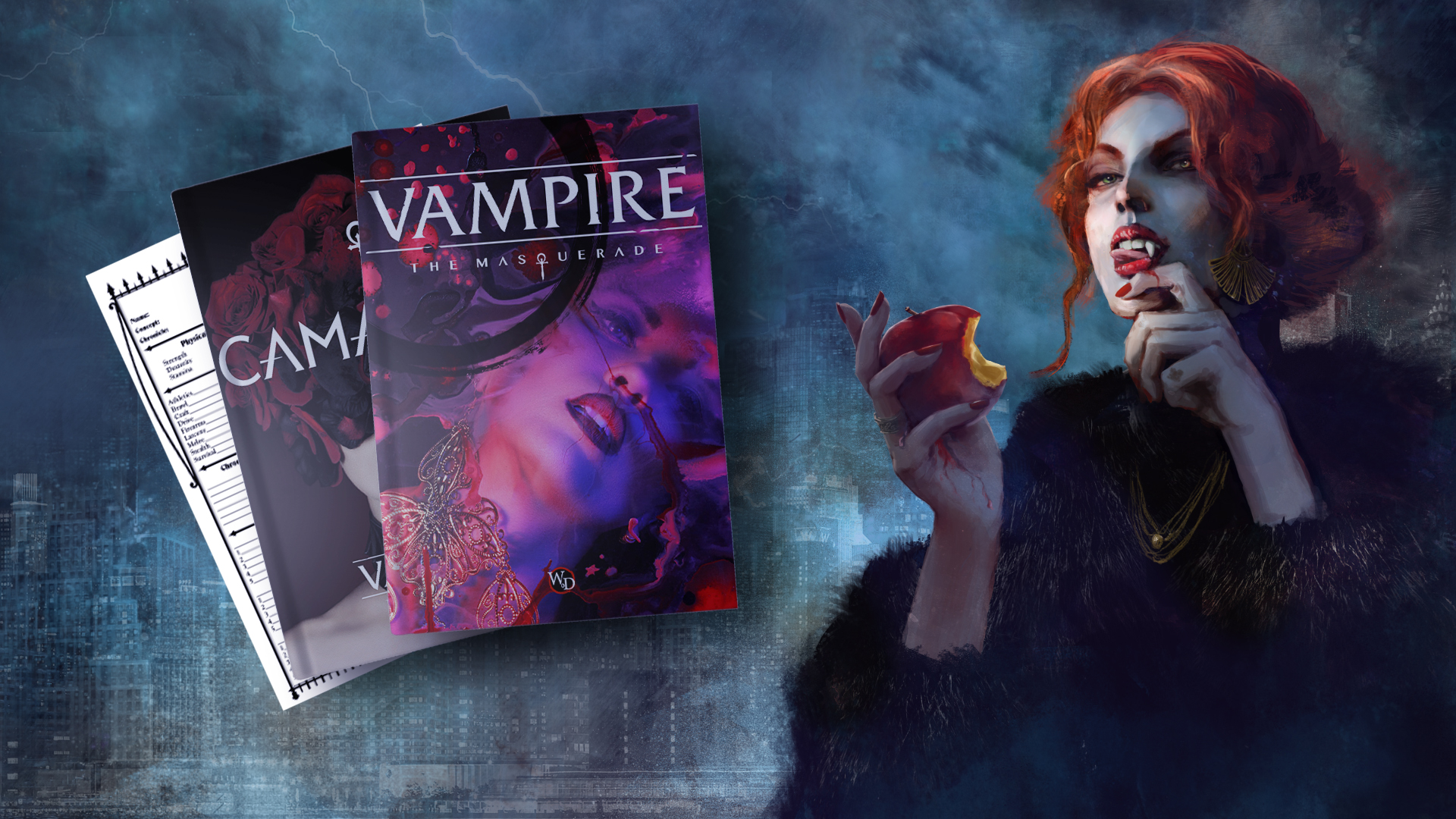